Best of the Year  /  Music News

It’s been nearly eight months since Treefort 2019 came to an end and since then I haven’t gone a full day without thinking about how excited I am for 2020. Luckily for myself and everyone who feels similarly, 2020 tickets have been on sale since August and the first artist announcement is coming this week. Let’s take a look back at the best parts of 2019 that have kept me going in these dreary between-Treefort months.

Obviously I went to Treefort for the music, and Prefunk Beer Bar was one of the best places to catch a set. The outdoor venue is always full of energy and has a great selection of draft beer. One of our favorite local bands, Smokey Brights, easily put on one of the best sets of the week at Prefunk. They have incredible stage presence and exclusively produce songs that require at least a toe tap if not a full, dancing audience. They put on a very fun groovy, disco-rock performance on Friday night. New Mexico quintet Prism Bitch and Seattle trio Monsterwatch also put on great performances at the venue which was open to the public and could be accessed without a Treefort wrist band.

The Neurolux was my other favorite venue of the week. Famous for its sparkling, illuminated crown stage the Neurolux hosted some great performances including Seattle band The Hoot Hoots whose light-up glasses matched the giant crown behind them quite nicely. They also pour very heavy which is appreciated.

Thanks to the festivals “Fort” system, Treefort has something for everyone. On the first days, it’s not uncommon to see corporate-looking businessmen and women coming straight from work to mingle with much more casual adolescents and artists themselves between Yogafort, Kidfort, Storyfort, Foodfort, Hackfort, and some others that I’m sure to be missing.

The ninth annual Treefort Music Festival is just over four months away. I can honestly say it’s the most refreshing festival I’ve ever been to. March in Boise is a perfect, mild temperature completely void of the heat which your average summer fest brings. There are also significantly less dude bros to avoid and so many great local artists to discover. They do a great job of packing the lineup with female and otherwise marginalized artists. If you’re interested in participating in the fun this time, tickets are already on sale. With the upcoming artist announcement this week, I can only guess that ticket prices will go up then. Current tickets start at $190 and, since last year had over 430 bands alone (and much more to offer in their other forts), it’s a screamin’ deal. Last week you saved your daylight. This week, save your money and get those early tickets. See you in Boise. 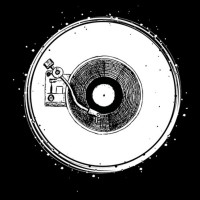